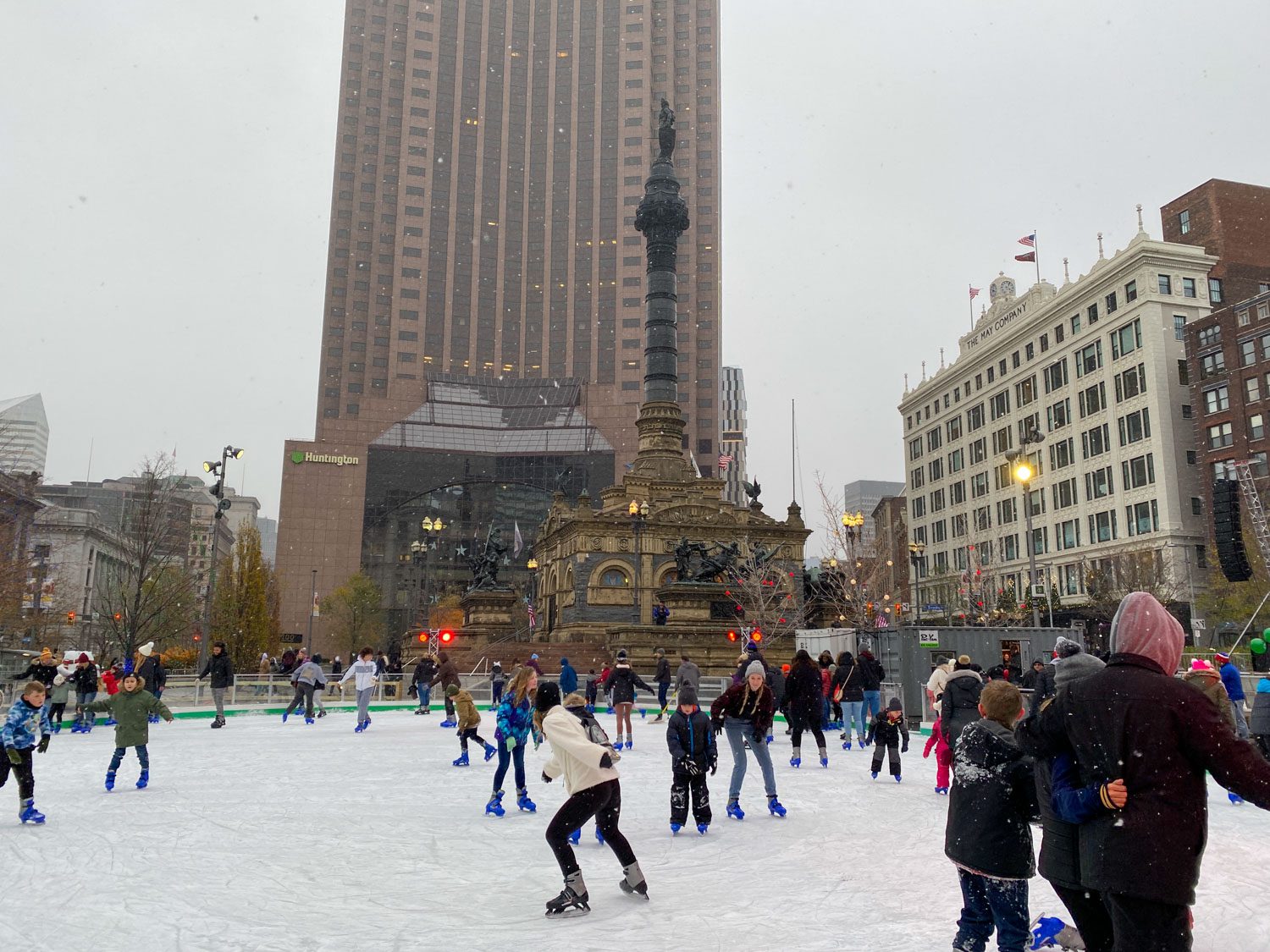 The New Year has begun and the busy holiday season has ended, but there’s still plenty going on in Cleveland during the month of January.

Although it can be cold and snowy outside, you can take advantage of the weather for fun seasonal experiences like snowshoeing and ice skating. And if you’d rather stay cozy and warm indoors, there are other options for indoor things to do in Cleveland this January.

January is also the month of several holidays, including MLK Day and the Lunar New Year.

Here are some of the best things to do in and around Cleveland in January.

Weather in Cleveland in January

January is the coldest month in Cleveland. The average high for the month is 34° F and the average low is 23° F, so most days are below freezing.

This is also the month where Cleveland usually experiences the highest snowfall, averaging over 18 inches and 13 days of snow. When exploring Cleveland in January, you’ll want to make sure you’re bundled up and have the proper winter gear!

Top 10 Things to Do in Cleveland in January

When: Weekend mornings in January*

*Note: Feeding the birds is canceled this winter (2023) at Brecksville Reservation because of bird flu in the area. There are places in the Summit MetroParks that appear to still be running their programs, though, including at the Liberty Park Nature Center in Twinsburg.

Brecksville Nature Center, part of the Cleveland Metroparks system, is located about 25 minutes outside of downtown Cleveland. It’s home to one of the most unique winter activities you can try: hand-feeding chickadee birds.

The tradition goes back to at least the 1940s, not long after the historic Brecksville Nature Center was built by Works Progress Administration (WPA) craftsmen in 1939.

Going on a cold, snowy day armed with some black oil sunflower seeds, and with some patience, you’ll have these cute little birds landing in your palm to feed in no time.

Since this is an outdoor activity that requires you to stand for a while in cold wintry temperatures, be sure to come prepared. Warm clothing, winter coats, boots, hats, and gloves are all recommended.

2. Check out the Cleveland Boat Show

The Cleveland Boat Show is the largest and longest-running boat show in Ohio, perfect for everyone from seasoned boating enthusiasts to those with a casual interest in boating.

Tickets are $20, with discounts available for military and seniors at the door. Kids 6 and under are free.

3. Have a museum day

Where: Museums around Cleveland

Cleveland is home to some really great museums. And there’s no better way to spend a bitterly cold January day than indoors exploring a new museum.

Some of the best museums in Cleveland to check out are:

The ice skating rink at University Circle, which is near the Cleveland Natural History Museum, the Cleveland Museum of Art, and other museums, is also open all throughout January.

MLK Day honors civil rights leader Martin Luther King, Jr. every third Monday January. There are many ways you can commemorate this day in Cleveland.

The Cleveland Museum of Art is also hosting a celebration in honor of MLK on Monday, January 16, 2023, from 12 p.m. until 4 p.m. This family-friendly event includes storytelling, art-making, and reflective writing prompts.

Guards Fest is an annual event for fans of the Cleveland Guardians MLB baseball team. Although baseball doesn’t officially start until spring, this is a great winter activity for fans.

The event includes panels from players on the main stage, autographs and photo opportunities with players, and interactive games for the whole family.

Tickets are $15, or $5 for Guardians season ticket holders. Autographs and photo opportunities are an additional fee.

Lunar New Year is the beginning of a New Year for a calendar that observes moon cycles. It’s celebrated in many cultures, but it’s often known as Chinese New Year because it’s a major festival in China.

In the AsiaTown neighborhood of Cleveland, Asia Plaza hosts a big Lunar New Year celebration every year including traditional performances and a lantern festival. (Happening this year from 10 a.m.-3 p.m. on January 21st.)

Li Wah Restuarant is also a great place to celebrate the Year of the Rabbit with a traditional Lunar New Year meal and Lion Dance performances.

Snowshoeing is a great outdoor activity to try in January if you don’t mind braving the cold.

There are many locations around Cleveland that rent snowshoes during the winter when there’s enough snow, including:

Cuyahoga Valley National Park is especially good for exploring during the winter, and you can enjoy snowshoeing, cross-country skiing, sledding, hiking, and seeing frozen waterfalls.

On Friday night, enjoy ice carving demonstrations and the battle between fire and ice. On Saturday, witness some of the best ice carvers from around the country take part in a speed carving competition and warm up by the fire with hot cocoa and s’mores.

Where: Ice skating rinks in Cleveland

January is the coldest month in Cleveland, and the city’s outdoor ice rinks are all open throughout the month.

Some of the best locations to go ice skating in January are Cleveland Foundation Skating Rink in Public Square, The Rink at Wade Oval at University Circle, and the Crocker Park Holiday Skating Rink.

There’s no better way to warm up on a cold January day than with a cozy brunch. Head to one of Cleveland’s best brunch spots such as:

Some restaurants, such as The South Side, even have private heated igloos that you can rent for a memorable brunch experience.

READ NEXT: 10 Best Indoor Things to Do in Cleveland

What are you most excited to do in Cleveland in January?