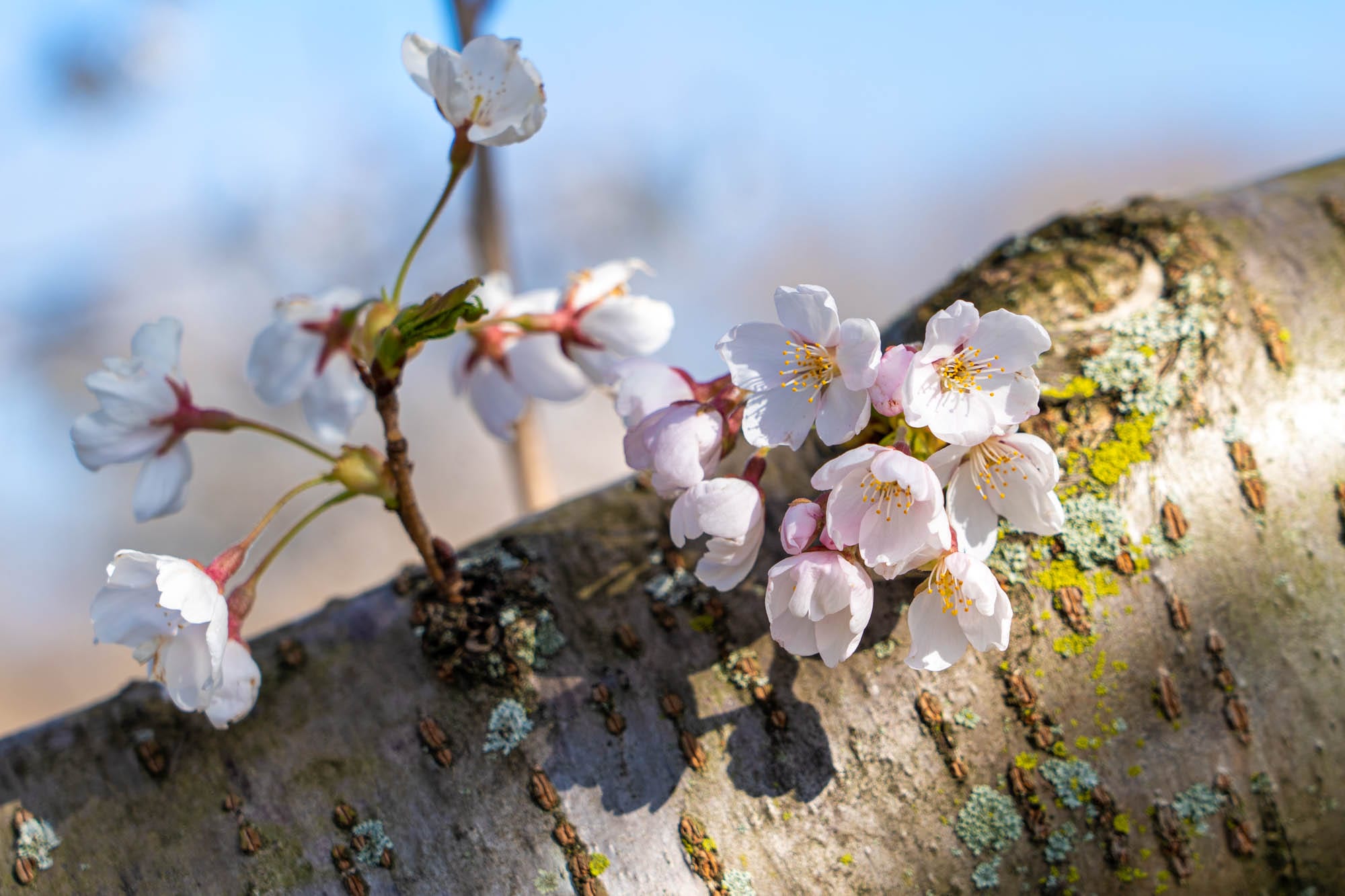 Looking for an outdoor spot to soak up some fresh air and maybe a little sunshine? The good news is that, while there are still some restrictions on things to do indoors in Cleveland, the great outdoors is still open!

If you want to get outside in the Greater Cleveland area in the coming weeks, here are several places to try – just remember to continue practicing that safe social distancing!

The best parks and outdoor spaces in Cleveland

Did you know that Cleveland’s official nickname is “The Forest City?” Well, if you didn’t know, now you do. And while not all of Cleveland is leafy and tree-filled, there are still some great green spaces right in the heart of the city.

Some green spaces downtown include:

Many of these beaches are now managed and maintained by the Cleveland Metroparks, meaning they’ve never been cleaner or more appealing.

Some of the most popular Cleveland beaches include:

*These beaches are home to a popular summer concert series, put on each year by the Cleveland Metroparks.

RELATED: The Best Beaches Near Cleveland You Need to Visit

Speaking of the Metroparks, this urban park system consists of 18 reservations and nature preserves encompassing 23,000 acres throughout the Greater Cleveland area. The parks and their associated connected bike trails surround Cleveland in a way that’s earned them the nickname of the “Emerald Necklace.”

These parks include 300 miles of trails, picnic areas, nature education centers, golf courses, and more. You can’t really go wrong with the Cleveland Metroparks, but some of particular note include:

Rocky River Reservation – This large park spans several cities and neighborhoods south of Cleveland. My favorite spots to visit are the Berea Falls Scenic Overlook and the Fort Hill Stairs (both of which are especially gorgeous in autumn).

Lakefront Reservation – This reservation isn’t contiguous; it includes several spots along the Lake Erie shore, including Edgewater Park and Euclid Beach Park, which were mentioned above. It also includes Wendy Park, known for its bird watching, and also being a popular stopover spot for migrating monarch butterflies.

Brookside Reservation – In the spring, visit Brookside Reservation in Old Brooklyn to see the 100+ Yoshino cherry trees in bloom. These trees were a gift from the Japanese Association of Northeast Ohio in the 1990s. Brookside is one of the oldest neighborhood parks in Cleveland, and also has sports facilities and a popular all-purpose trail for walkers and cyclists.

Bedford Reservation – This large, forested park is the Metropark closest to where I live, and I love that it’s basically never crowded when I visit. Bedford Reservation is home to some lovely trails and waterfalls, along with wildflowers like bluebells in the spring.

Learn about all the Cleveland Metroparks here.

Found west of Cleveland in the city of Lakewood, this 31-acre lakefront park is well worth a visit.

Along with a seasonal pool, a skatepark, and sports fields, the park also has a waterfront walkway, a gazebo, views of the Cleveland skyline, and the Solstice Steps, which are a very popular sunset spot.

Located in University Circle, Wade Lagoon is a beautiful outdoor space at the back of the Cleveland Museum of Art, and across the street from Severance Hall.

In the spring, cherry blossoms, willows, and other flowering trees turn this tranquil lagoon into a riot of color. Make sure to take a stroll around the lagoon to look for the sculptures that make up CMA’s Fine Arts Garden.

Stretching from Wade Oval along Martin Luther King Jr. Drive to the Rockefeller Park and Greenhouse, the Cleveland Cultural Gardens are an often-overlooked gem in the city.

These are a collection of more than 30 small gardens, each maintained by a local cultural group in Cleveland. The gardens are all open to the public, though, so don’t feel weird about strolling through or stopping to relax on a bench.

Also be sure to pop into the Rockefeller Park Greenhouse. It’s not outdoors, per se, but the flower displays inside are really lovely. Around the holidays, the whole place gets filled with poinsettias!

RELATED: A Guide to Visiting the Cleveland Cultural Gardens

No list of outdoor spots in Cleveland would be complete without Lake View Cemetery. This might sound morbid to anyone not in-the-know, but anyone who’s been to Cleveland’s garden cemetery will understand.

Built more than 150 years ago, Lake View Cemetery was modeled after the great garden cemeteries of Victorian Europe. This is reflected in all the beautiful landscaping in the cemetery that makes it feel more like a park.

My favorite season to visit is in the spring, when the flowering trees and daffodils are all in bloom. It’s also gorgeous in the fall, though, with leaves that turn virtually every color of the rainbow.

Lake View Cemetery has some very famous residents you can visit, too, including President James A. Garfield (his memorial is stunning), John D. Rockefeller, and Eliot Ness. You’ll also want to pop into Wade Chapel if it’s open; the interior was completely designed by Tiffany.

Located about 30 minutes east of Cleveland, the Holden Arboretum covers 3,500 acres in Kirtland, straddling Lake and Geauga counties. The arboretum is paired with the Cleveland Botanical Garden, and is one of the largest arboreta/botanical gardens in the United States.

Exploring the grounds and cultivated gardens here is worth the visit alone, but you’ll also want to be sure to check out the Murch Canopy Walk and Kalberer Family Emergent Tower.

READ MORE: 5 Things to Do When You Visit the Holden Arboretum

Lastly, we can’t ignore the gem in our backyard: Cuyahoga Valley National Park. Ohio’s only national park is just a short drive from Cleveland, and is entirely FREE to visit!

My favorite things to do at CVNP include hiking (especially at the Virginia Kendall Ledges), waterfall spotting, riding my bike on the Ohio & Erie Canal Towpath Trail, and taking a ride on the Cuyahoga Valley Scenic Railroad.

If you can carve out a whole day to spend here, you won’t regret it.

What other outdoor spots do you love in/near Cleveland? 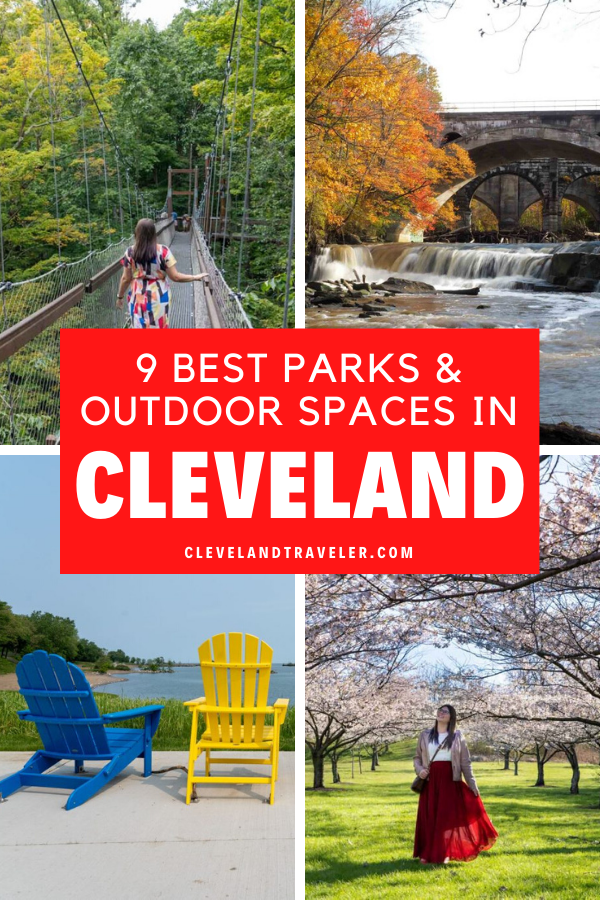