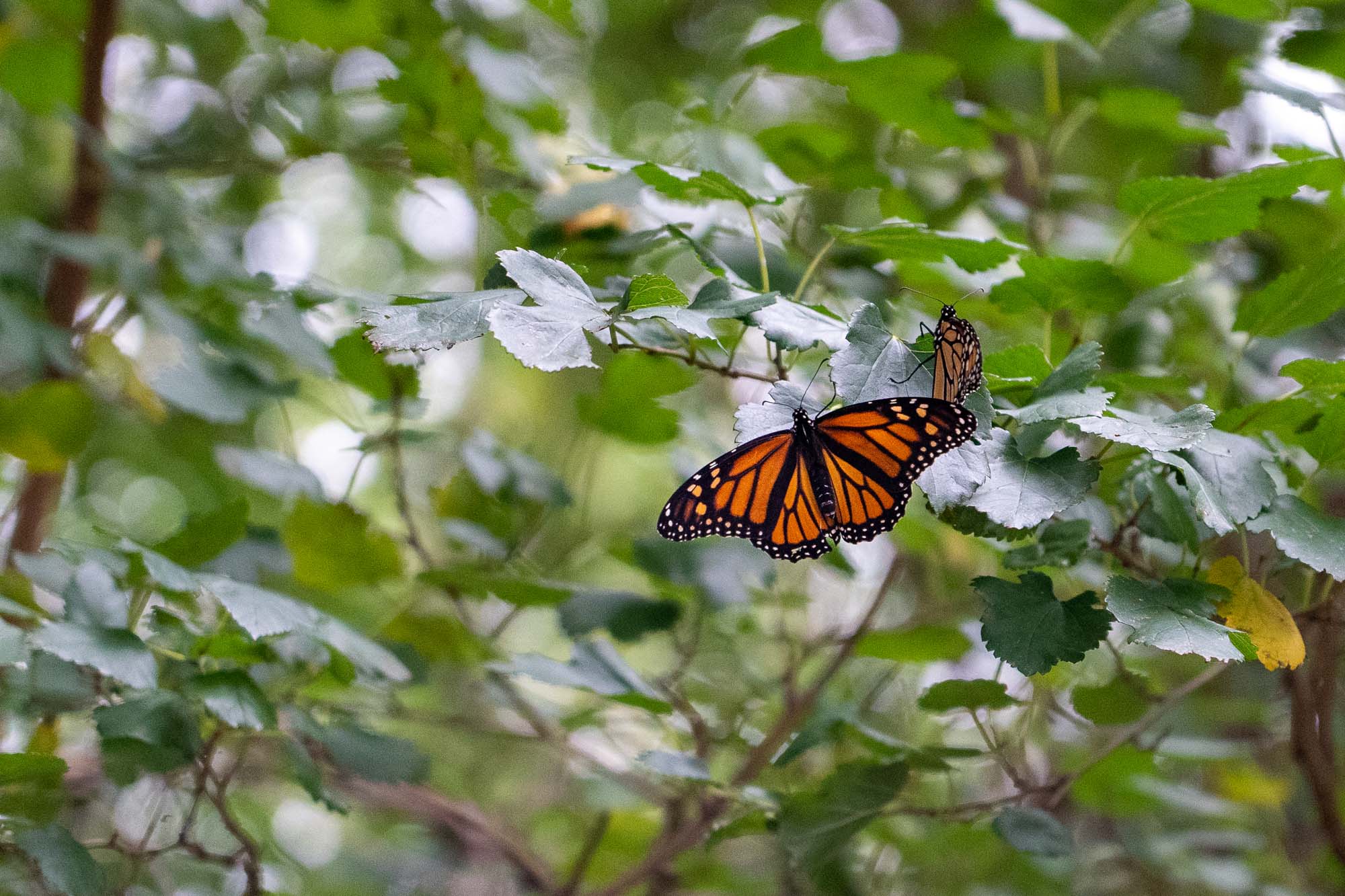 Monarch butterflies are pretty recognizable creatures, with their distinctive orange-and-black patterns and relatively large size. And it’s very likely that you may see some each September along the Lake Erie shore near Cleveland.

This is because Monarch butterflies are a migratory species. Just like birds, they head south for the winter. Except the Monarchs we see here go WAY south, flying all the way from Canada to Mexico.

Why do Monarchs stop in Cleveland?

Eastern Monarch butterflies breed in the Great Plains states and in Canada, and spend their winters in Central Mexico. The ones that leave Canada each season are the ones we see here in Cleveland.

The lifecycle of a Monarch is pretty fascinating, but in short the ones that migrate south are born in the late summer, and fly all the way to their wintering grounds in Mexico. Once spring hits, these butterflies head north to places like Texas to breed and lay their eggs, and those “new” butterflies and their offspring are the ones that continue the northern migration route.

The first grueling stage of the Monarchs’ 3000-mile southern migration is the 50-60-mile flight across Lake Erie.

Because this journey is extremely taxing on the butterflies, they’ll usually stop to rest after this crossing – and in most years thousands of them will stop to rest in the Cleveland area.

The butterflies are hungry when they stop here, and they tend to gather in trees, bushes, and prairie grasses close to the lakeshore, especially in areas where milkweed and other late-blooming flowers can be found.

The butterflies will stop for anywhere from a few hours to a few days, depending on weather patterns.

When should you look for Monarchs butterflies?

The Monarchs’ migrating season lasts up to two months, usually beginning around Labor Day and sometimes lasting through October.

Most of the time, the butterflies pass through Cleveland in a steady trickle. But sometimes weather conditions align and bring hundreds – or sometimes even thousands! – of Monarchs across Lake Erie at the same time and force them to hunker down for a day or two.

In these cases, the butterflies all congregate along the lakeshore to rest and refuel and wait for weather conditions to allow them to continue further south.

In 2019, for example, rain and cool weather kept hundreds of butterflies sheltering in cottonwood trees in Wendy Park for a few days, making them extra easy to spot.

Experts warn that this isn’t something that happens every year (for example, in 2021 we didn’t see any huge gatherings of monarchs), but it’s something to keep an eye out for in the fall, especially if we get a stretch of cool, rainy days in early or mid-September.

When the butterflies are in the area, you can see them just about any time of day, but your best bet to look for them is in the early morning hours before it warms up.

Where to see migrating Monarchs in Cleveland

In recent years, the best places to look for migrating Monarchs around Cleveland have included:

If you go out looking for Monarch butterflies during this season, you’ll want to look in the air, but mostly up in the trees along the lakeshore, or among the grasses in the prairie. They usually gather in social bunches on branches and leaves, and can actually be tough to spot at first; with their wings closed, the butterflies can look like dead leaves!

But once you spot one, it’ll be easy to spot more – especially if they’re fluttering their wings.

These butterflies are not the only migratory species to keep an eye out for in Cleveland in the late summer/early fall, but they are probably one of the easiest ones to notice.

Have you spotted any Monarchs in the Cleveland area during migration season? 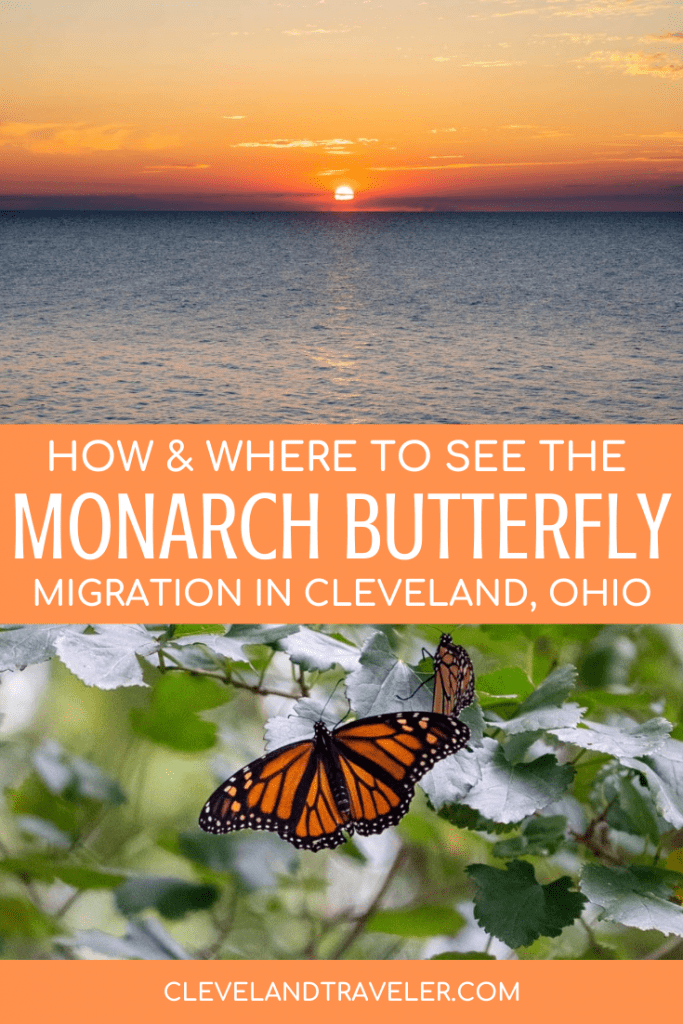