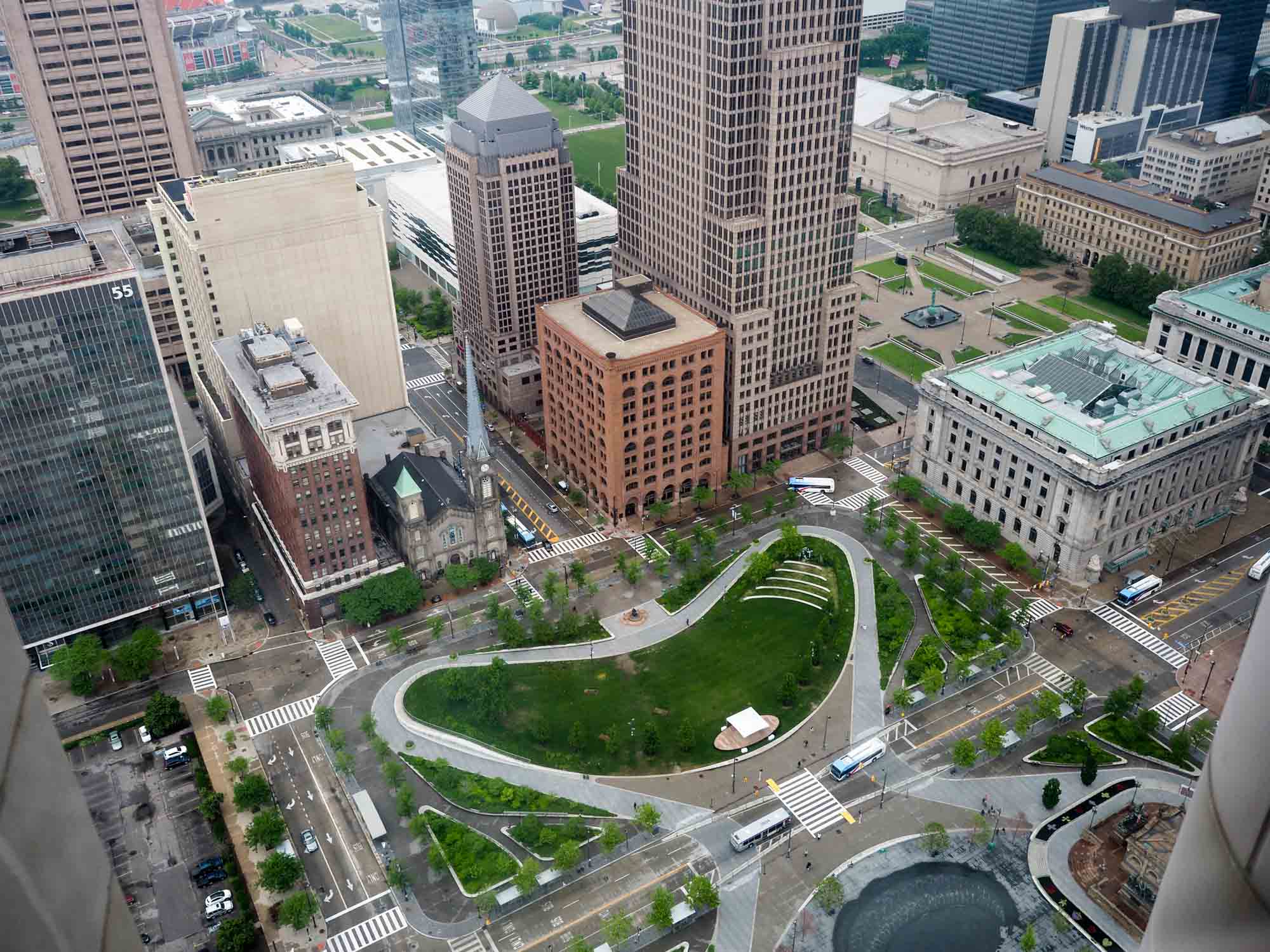 Cleveland isn’t exactly Hollywood, but did you know that The Land has often stood in for several major world cities on the big screen?

While many picture Los Angeles or New York to be the main spots for movie settings and production, this list of movies set or filmed in Cleveland will definitely surprise you!

Here are the top movies every Clevelander should watch.

While you’d think that Marvel’s The Avengers would have been filmed in NYC (especially since that’s where the movie’s big battle scene takes place), many of the film’s iconic scenes aren’t in the Big Apple at all; in fact, they’re in downtown Cleveland!

It’s not the first time a smaller city like Cleveland has stood in for New York City or another large city on the big screen. Cleveland is an easier city to film in as traffic is significantly lower, making it easy to shut down streets for days at a time. Oh, and the Ohio Film Tax Credit certainly helped, too.

One of the more exciting scenes filmed in Cleveland is the final battle scene of The Avengers, which is supposed to take place in NYC, but was actually partially shot on E. 9th Street in Cleveland. Watch closely, and you’ll definitely spot the downtown Heinen’s Grocery Store (formerly the Cleveland Trust Co. building).

Cleveland also stands in for Stuttgart, Germany, in the film; you can tell it’s Cleveland, though, when you spot things like Terminal Tower, Public Square, and the Soldiers and Sailors Monument. (See how much of Public Square you can spot in this clip.)

Other Cleveland sights you may spot in the film include the Detroit-Superior Bridge, and even a few houses in Tremont.

Where to watch it: The Avengers is available to stream on Disney+, and available to rent on Hulu, Google Play, iTunes, and Amazon Prime Video. (Watch on Amazon here.)

Speaking of the Avengers… Captain America: The Winter Soldier was filmed here as well! A lot of downtown can be spotted throughout the movie.

For example, the fight scene between Captain American and the Winter Soldier shows off many sights on Lakeside Ave. and West 3rd Street, like the Cuyahoga County Probate Court, the Cleveland Municipal Court, and Fort Huntington Park.

Terminal Tower/Tower City is also featured in the movie where Captain America and Black Widow are in the mall. They even share a kiss on an escalator to disguise their identities from a SHIELD team (see the video below for the Tower City scene).

And if you thought the Triskelion (a SHIELD facility) looked familiar, that’s because it was filmed inside the Cleveland Museum of Art!

Where to watch it: Captain America: The Winter Soldier is available to stream on Disney+, and available to rent on Hulu, Google Play, iTunes, and Amazon Prime Video. (Watch on Amazon here.)

A lot of it takes place along Euclid Ave., with many stunts and car crashes. It’s pretty fast moving, but you can definitely spot a few Cleveland buildings during all of the action.

Where to watch it: Spider Man 3 is available to stream on Netflix, and available to rent on Google Play, iTunes, and Amazon Prime Video. (Watch on Amazon here.)

Who could ever forget this cult-classic Christmas movie? While the setting was actually in Indiana, a lot of the movie was filmed in Cleveland. They even pay homage to this fact by calling the street where Ralphie grew up Cleveland Street.

You can visit (or even spend the night at) the Christmas Story House, located in Tremont just outside of downtown. Pretend to be in the film and sit at the kitchen table, see the bar of soap that Ralphie was forced to wash his mouth out with, and maybe purchase a leg lamp of your own at the gift shop.

The house wasn’t the only place they filmed in Cleveland, either. Jack Casino, formerly Higbee’s Department Store, was where Ralphie first spotted that Red Ryder BB Gun, watched the parade, and went to see Santa.

Where to watch it: Tune in to TBS anytime around Christmas, or rent it on Google Play, iTunes, or Amazon Prime Video. (Watch it on Amazon here.)

5. The Fate of the Furious

Like with the Avengers and Spider-Man, Cleveland is playing the role of New York City again! So while you’ll definitely spot NYC sights thrown in the movie, many of the NYC scenes were actually shot in downtown Cleveland.

The cars may have been fast, but you can still spot the Cleveland Public Library, Jack Casino, and even Halle parking garage with Superior Ave., Prospect Ave., and Ontario St. being where most of the Cleveland shots take place.

Where to watch it: You can rent The Fate of the Furious on Google Play, iTunes, or Amazon Prime Video. (Watch it on Amazon here.)

Cleveland stood in place for Russia and Kazakhstan in this Harrison Ford action thriller. The opening scenes include the Cuyahoga Valley Courthouse and University Circle as government buildings in Moscow. Also, Severance Hall (home to the Cleveland Orchestra) serves as the Presidential Palace in Kazakhstan.

Actually, Cleveland isn’t the only Ohio location used in the film. The Rickenbacker International Airport in Columbus plays the Ramstein Airforce Base in Germany, and the Mansfield Reformatory (you know, like from Shawshank Redemption) was used as the film’s Russian prison.

Where to watch it: You can rent Air Force One on Google Play, iTunes, or Amazon Prime Video. (Watch it on Amazon here.)

Other movies that have used Cleveland as a stand-in for other places include:

The first 6 films were movies that were shot in Cleveland, but not actually set in Cleveland. These next films actually feature Cleveland as a setting AND filming location.

American Splendor is a biopic that tells the life story of comic book author Harvey Pekar, who was from Cleveland. The movie focuses on the day-to-day life of Pekar, and was filmed entirely in Cleveland and Lakewood.

The film was a critical success, getting nominated for several awards (including an Oscar). Paul Giamatti gives a stellar performance playing Pekar.

Where to watch it: American Splendor can be streamed on HBO, or you can rent it on Google Play, iTunes, or Amazon Prime Video. (Watch it on Amazon here.)

This crime drama focuses on four inner-city teens from Cleveland who dream of being pro skateboarders. Their dreams are sidetracked, though, when they steal some drugs and get on the bad side of a local crime queenpin.

The movie, directed by Cleveland-born Steven Caple Jr., premiered at the 2016 Sundance Film Festival. It was filmed entirely in Cleveland.

Where to watch it: You can rent The Land on Google Play, iTunes, and Amazon Prime Video. (Watch it on Amazon here.)

This sports comedy film is about a fictionalized version of the Cleveland Indians where a woman inherits the team and wants to move it to Miami. The only way she is allowed to relocate the team is if they are in last place, which she determines to make happen.

While this film is about a baseball team in Cleveland, the only big sights of Cleveland are brief shots of the Cleveland Indians’ and Browns’ stadiums. Most of the film was actually shot in Milwaukee, but most people still associate it with Cleveland.

Where to watch it: You can rent Major League on Google Play, YouTube, and Amazon Prime Video. (Watch it on Amazon here.)

Looking for a comedy set in Cleveland? Look no further than Welcome to Collinwood, a movie about a group of eccentric would-be criminals. The movie is set in Collinwood, and has a star-studded cast that includes William H. Macy, Sam Rockwell, Isaiah Washington, and George Clooney. Check out the full trailer here.

Welcome to Collinwood was directed by hometown Cleveland directing duo Joe and Anthony Russo, who have gone on to direct several Marvel movies, including Avengers: Infinity War and Avengers: Endgame.

Where to watch it: Welcome to Collinwood can be streamed on STARZ, or you can rent it on Google Play, iTunes, or Amazon Prime Video. (Watch it on Amazon here.)

Cleveland plays host to more than one sports film (as mentioned above). This drama is all about the fictional general manager of the Cleveland Browns deciding their future team when they get the number one pick in the NFL draft.

If a film is about the Cleveland Browns, then you better believe that there were scenes filmed at FirstEnergy Stadium! Plus, they have scenes shot at the Brown’s facilities in Berea as well as Case Western Reserve University’s DiSanto Field.

Where to watch it: You can rent Draft Day on Google Play, iTunes, or Amazon Prime Video. (Watch it on Amazon here.)

This critically acclaimed Denzel Washington drama tells the mostly true story of Antwone “Fish” Fisher, a temperamental Navy seaman who delves into his troubled childhood and eventually goes on a quest to find his family.

The real Fisher (who has screenwriting credits on the film) was born and grew up in Cleveland. Portions of the film were shot in the city.

Where to watch it: You can rent Antwone Fisher on Google Play, iTunes, or Amazon Prime Video. (Watch it on Amazon here.)

Some other movies set in/filmed in the Cleveland area include:

As an added bonus, we had to include some TV shows filmed in Cleveland that every Clevelander must see!

Three LA women are on their way to Paris when they have to emergency land in Cleveland on the way. After realizing the increased attention that they receive from men in Cleveland, they decide to stick around and even befriend their rental house’s caretaker (Betty White).

This American sitcom is set in Cleveland and is about the work and home life of an “everyday man” portrayed by Drew Carey.

If you are an avid Bachelor series fan like myself, then you will have noticed that in the most recent season of the Bachelor, Peter Weber and the ladies head to Cleveland, Ohio!

Watch Pilot Pete fly Victoria Fuller to Cedar Point for a surprise concert (spoiler alert: her ex Chase Rice is the singer). It gets awkward so fast!

Also, watch as Peter and Kelsey compete in a soapbox derby race in downtown Cleveland!

We know that Ted Mosby is originally from Cleveland, and in many episodes mentions his hope for Lebron to return to the Cavaliers. He also mentions his childhood friend Punchy a few times.

The crew ventures to Cleveland for Punchy’s wedding in season 7 for Browns-themed nuptials where they find out that Lily is pregnant!

In the second season of The Good Place, Tahani finds out that she died during the Rock & Roll Hall of Fame induction ceremony while her sister was being inducted… while angrily tearing down her sister’s statue.

This leads her to say, “Oh no, I died in Cleveland?”

Based on the book series of the same name, this brand new Hulu series starring Reese Witherspoon and Kerry Washington is set in Shaker Heights

Did this list of films that every Clevelander should see surprise you? What movies and shows filmed in Cleveland do you love? 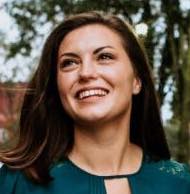 Kat is a Cleveland transplant and has lived here for over 4 years. She loves to eat, drink, and explore the gems across the city, and has made it her personal mission to find the best breweries and pizza in Northeast Ohio. She also runs a couples travel blog and podcast called World Wide Honeymoon.