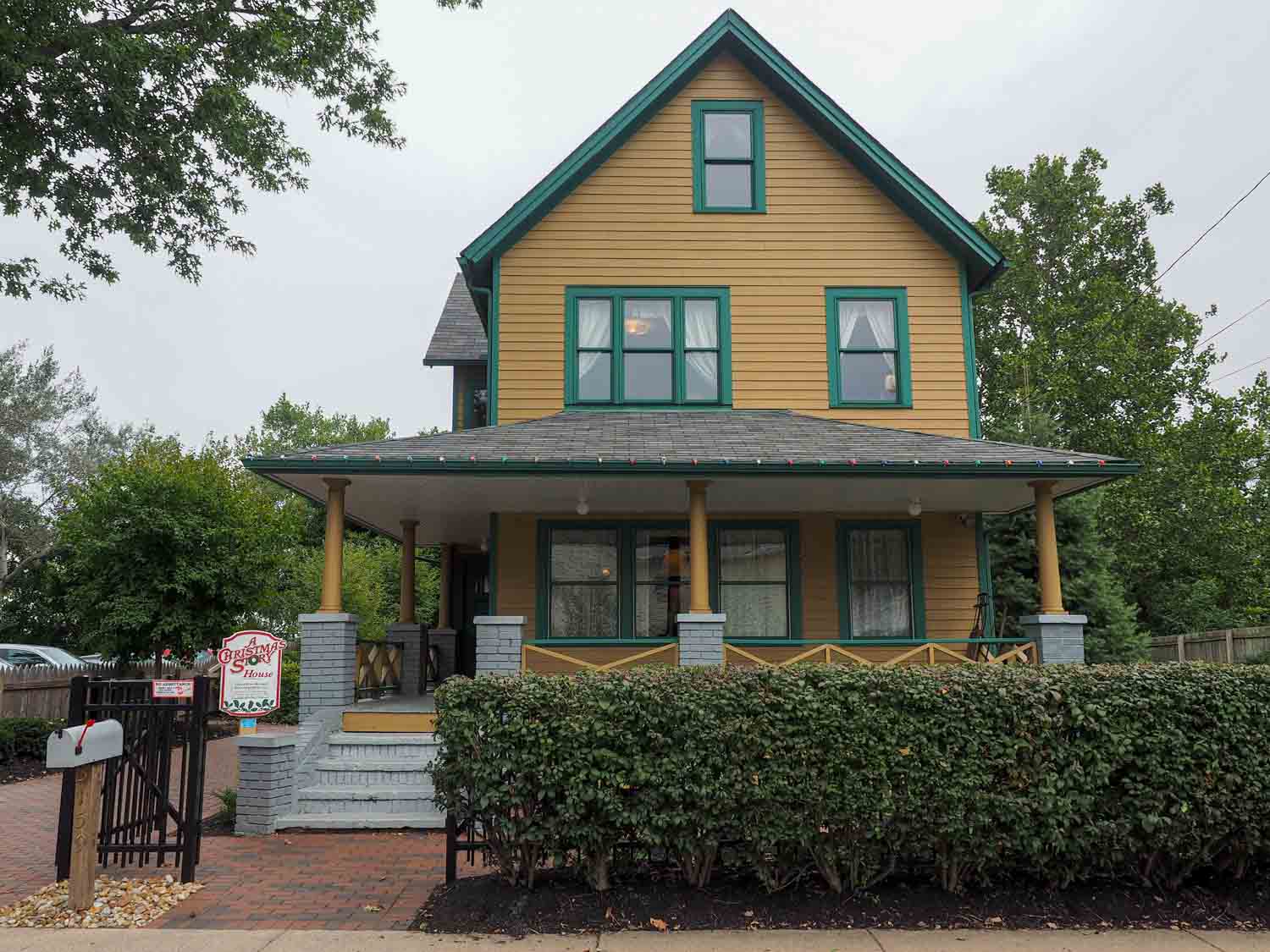 When “A Christmas Story” was released in 1983, it was not an immediate hit. But, as the years passed, the story of a little boy from Indiana who wanted nothing more than a BB gun for Christmas worked its way into the collective hearts of Americans to become a holiday classic.

In fact, “A Christmas Story” is now such a classic holiday film that it was selected for preservation in the National Film Registry by the Library of Congress in 2012.

Today, it’s difficult to make it through the Christmas season without seeing “A Christmas Story” at least once; it airs for 24 hours straight between Christmas Eve and Christmas Day (usually on TBS and/or TNT), and is often broadcast on other networks, too.

But what does this Christmas favorite have to do with Cleveland, you ask? Well, major scenes from the 1983 movie were filmed right here in northeast Ohio!

RELATED: Things to Do in Cleveland at Christmas

“A Christmas Story” is based on a series of semi-autobiographical short stories originally written and performed by Jean Shepherd on the radio. Many of the stories were published in Playboy between 1964 and 1966, and then were compiled and published by Shepherd in his 1966 book, In God We Trust: All Others Pay Cash.

Director Bob Clark originally heard one of Shepherd’s radio readings in 1968 and knew immediately he wanted to turn them into a movie one day.

The plot of “A Christmas Story” is set in the fictional town of Hohman, Indiana, which was based on Shepherd’s actual hometown of Hammond, Indiana. But none of the movie was shot in Indiana.

A lot of the film was shot on sound stage sets in Toronto, but several scenes were shot on-location right here in Cleveland, Ohio.

Higbee’s Department Store (which used to be located in Terminal Tower on Public Square) was the real reason the production came to Cleveland; it was the only department store the film’s location scouts could find that was willing to take part in the movie.

Several scenes were filmed inside and outside of Higbee’s, and further exterior shots took place in Tremont at a house that might be familiar to you today as the “A Christmas Story House.”

A house becomes a museum

The house at 3159 W 11th Street in Tremont was used for exterior shots of Ralphie Parker’s house in the film. A few interior shots were filmed here, too, though the majority of those were filmed on soundstages far away from Cleveland.

In 2004, though, a fan and entrepreneur named Brian Jones bought the house in Tremont (on eBay!) and began to transform it into the Parker family home. Today, both the exterior and interior of the house look exactly as they did in the 1983 film.

The A Christmas Story House & Museum opened to the public in 2006. It consists of Ralphie Parker’s house that people can tour, as well as a museum across the street with props and costumes from the film.

Visiting the A Christmas Story House

While the holiday season is the most popular time to visit the A Christmas Story House, it’s open for tours and visits year-round.

A tour of the A Christmas Story House starts in the house’s living room (complete with Christmas tree and leg lamp in the window), where an employee quickly tells you the story of Jean Shepherd, Bob Clark, and how “A Christmas Story” came to be.

After the introduction, you’re free to explore the house for a while on your own. You can pose with the leg lamp, check out the Parker’s kitchen (and hide under the sink like Randy), and see the boys’ bedroom and bathroom upstairs.

I love all the little details sprinkled throughout the house, from the Lifebuoy soap in the bathroom to Ralphie’s letter to Santa on his desk in the bedroom.

After exploring the inside of the house, you’ll go out into the backyard for a bit, too, before being directed over the the museum.

The museum is located across the street from the A Christmas Story House. In it, you’ll find lots of things connected to the films, from costumes like Randy’s snowsuit to behind-the-scenes production photos.

There are lots of fun facts sprinkled throughout the museum rooms, too – like, did you know that the role of Ralphie’s father was originally offered to Jack Nicholson? Or that the movie was narrated by Jean Shepherd himself?

Next to the main museum building, you can also see the Parker family car, and an old fire engine from the time period of the movie.

After the museum, be sure to browse through the gift shop, where you can buy everything from leg lamps to pink bunny pajamas just like Ralphie’s.

Visiting the A Christmas Story House & Museum is an absolute must-do if you’re in Cleveland around the holidays!

Know before you go

When: The house is open 7 days a week from 10 am to 5 pm (with extended hours during the Christmas season)

Tours: Guided tours of the house are offered every 30 minutes, beginning at 10:15 am. Tickets need to be purchased before each tour either online, or in the gift shop located across the street from the house.

Parking: There are two free parking lots for visitor use: one in between the Christmas Story House and Bumpus House, and one next to the gift shop. There’s also free on-street parking along W. 11th and Rowley Ave. DON’T get tricked into paying to park in a local resident’s driveway!

BONUS: Stay at the A Christmas Story house

You can now stay overnight in the A Christmas Story house, or the house next door that’s been dubbed the Bumpus House. Rates for the main house start at $395 per night, but it can accommodate 6 people and two of you get to sleep in Ralphie and Randy’s twin beds – so… worth it?

You can find more info on staying overnight in either house here.

Have you been to visit the A Christmas Story house yet? 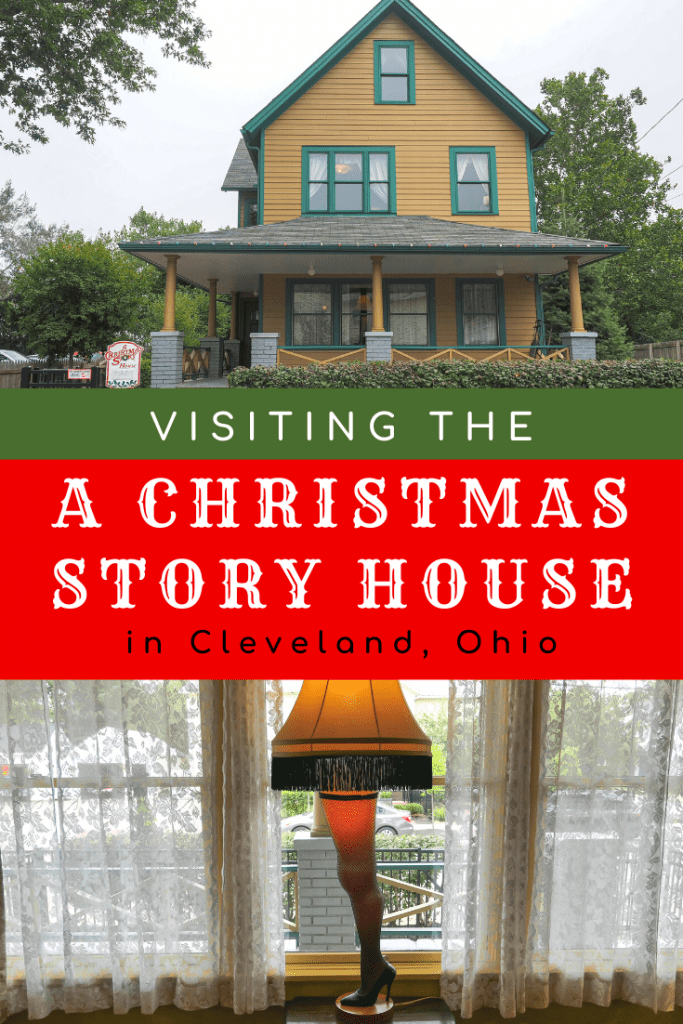