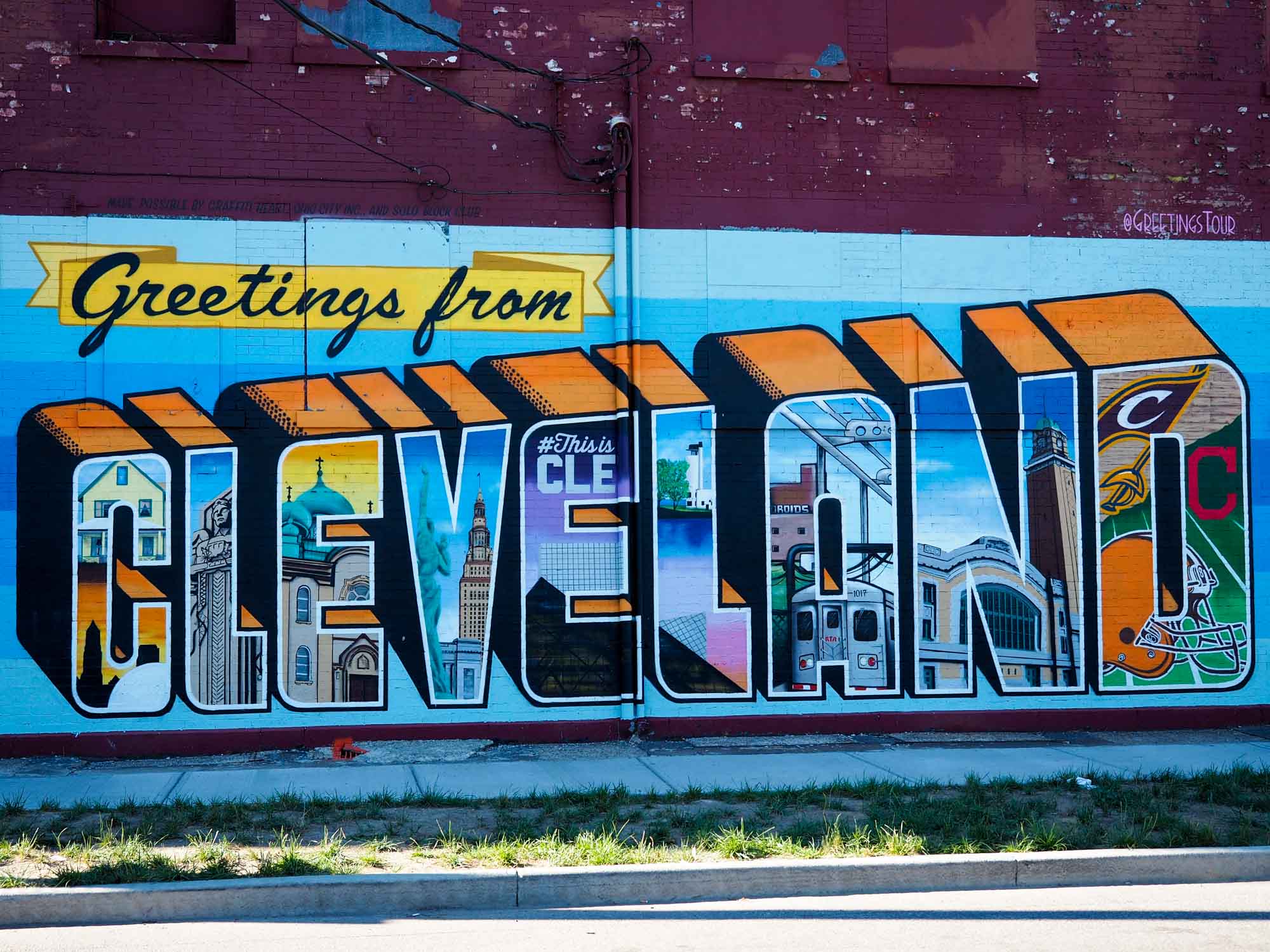 Let’s talk about all the wonderful, weird, and downright fun things you might not know about Cleveland, Ohio. With more than 200 years of history, there’s a lot to The Land to look back on and learn about.

Here are my favorite 12 fun facts about Cleveland:

The city is named after Moses Cleaveland, a surveyor from Connecticut who founded Cleveland in 1796 while surveying the Western Reserve. You might notice his name has an extra “a” in it, and Cleveland actually WAS originally Cleaveland.

The extra “a” was dropped in 1831 by a newspaper called The Cleveland Advertiser. The story goes that they couldn’t fit their name on the newspaper’s masthead, and so dropped the first “a.” The new spelling apparently stuck.

Cleveland began growing rapidly after the completion of the Ohio and Erie Canal in 1832, which connected the Ohio River to the Great Lakes. It further grew as a key manufacturing center during the Civil War, and by 1920 Cleveland was the fifth-largest city in the entire United States.

Cleveland is a city of firsts when it comes to electricity. Thomas Edison (famous for inventing the incandescent light bulb) wasn’t born in Cleveland, but he was born in Milan, Ohio, less than 60 miles away. Cleveland would go on to have the first electrified public square in 1879 (thanks to Charles Brush and his arc lamp), and become home to General Electric in 1892.

RELATED: Cleveland Inventions and Historical Firsts Worth Knowing About

Along with being the first city with electrified public spaces, Cleveland has had lots of other interesting firsts, too! These have included the opening of the first indoor shopping mall (The Arcade, which is still open!) in 1890; the first automobile sale in the US in 1898; and the first blood transfusion in 1905.

In 1967, Cleveland was also the first major US city to elect an African American mayor when it elected Carl B. Stokes.

While he wasn’t born in Cleveland, oil tycoon and philanthropist John D. Rockefeller spent the better part of his life here in the city. He began the oil refining company that would eventually become Standard Oil right here in Cleveland, and helped build Cleveland up into one of the most prosperous cities in the US through the late 1800s and early 1900s.

Rockefeller and his whole family are buried in a plot at Cleveland’s Lake View Cemetery, marked with the huge Rockefeller obelisk.

With Cleveland being such an important center for business and industry in the country at the turn of the 20th century, it’s no surprise that it drew the wealthy. Many mansions were built along Cleveland’s bigger streets; these opulent houses along Euclid Avenue earned it the nickname of Millionaire’s Row.

John D. Rockefeller lived on Millionaire’s Row, as did other notable names like Amasa Stone, Marcus Hanna, John Hay, and Samuel Mather. At its height, the street was home to some 250 mansions and was called “The Showplace of America” by Baedeker’s Travel Guides.

Sadly, as the money moved out of downtown and into “the Heights,” most of the mansions along Millionaire’s Row were demolished over time to make way for commercial buildings. Today, only 4 mansions remain: Mather Mansion (now part of Cleveland State University), the The Stager Beckwith Mansion (now home to the Cleveland Children’s Museum), the Francis E. Drury House (now used by the Cleveland Clinic), and the H.W. White Mansion.

7. Reach for the sky

Located on Public Square, Terminal Tower was built during the so-called “skyscraper boom” of the 1920s and ’30s. When the 771-foot tower opened in 1928, it was the second-tallest building in the world.

RELATED: A Guide to Visiting the Terminal Tower Observation Deck

While the character of Superman comes from another planet, the concept of the Man of Steel comes right from Cleveland, Ohio. Co-creators Jerry Siegel and Joe Shuster are from the city, and the story goes that Superman was created at Siegel’s house at 10622 Kimberly Ave. in the early 1930s.

Superman first appeared in DC Comics’ Action Comics No. 1 in the summer of 1938, and in just a few short years was the most popular comic book character.

There’s no official Superman museum in the city, but there is a small exhibit about the superhero at the Cleveland Hopkins International Airport (in baggage claim), and you can also find a Superman statue inside the Cleveland Public Library’s downtown branch.

9. Home of Rock and Roll

Cleveland didn’t invent rock music – but we did invent the term to describe it! Back in the 1950s, the term “rock and roll” was coined by local disc jockey Alan Freed on his Moondog Rock and Roll Radio Hour.

You’ve probably heard of the famous Cuyahoga River fire that happened in Cleveland in 1969. But did you know that oil slicks on the river had caught fire at least a dozen times before that, too, with the earliest river fire recorded in 1868?

The 1969 fire – even though it was put out in 30 minutes and there are no photos of it (the “famous” photo you’ve probably seen was actually from a fire in 1952) – garnered a lot of media attention. In fact, it garnered so much attention that it played a big part in the passage of the federal Clean Water Act of 1972 and the creation of the Environmental Protection Agency (EPA).

Today, the Cuyahoga River has come a long way. It’s a popular recreation spot for Clevelanders in the summer now, and as of 2019 the Ohio EPA declared fish caught in the river safe to eat again.

Cleveland’s premier entertainment district is Playhouse Square. You might know about it’s massive outdoor chandelier (the largest one in the world, made up of 4200 crystals!), but did you also know that Playhouse Square is the second-largest performing arts center in the United States? Only Lincoln Center in NYC is bigger.

The five original Playhouse Square theaters (the Ohio, Allen, State, Hanna, and Palace) were all built in the 1920s, and presented everything from silent movies to to vaudeville shows. By the late 1960s, though, all five theaters had fallen into disrepair and several were almost torn down. Thankfully they were all saved in the 1970s, and restored throughout the 1980s and ’90s.

Cleveland is a sports town. It’s always been a sports town; we’ve had professional teams in the city for more than 100 years, and have been home to big-name athletes from Jesse Owens to LeBron James.

One fun fact you might not know about the Cleveland Browns: Even though the team is currently one of the un-winningest teams in the NFL, the Browns technically have more championships than every other Cleveland team combined!

The Cleveland Browns were originally in the All-America Football Conference from 1946-49, and won that league’s championship all four years. When they joined the NFL in 1950, they won the championship that year, and also in the 1954, 1955, and 1964 seasons. That means the Browns have 8 championships to their name.

Let’s hope for another one soon.

This certainly isn’t an exhaustive list; there are so many interesting things to learn about Cleveland!

Which of these fun facts surprised you the most?