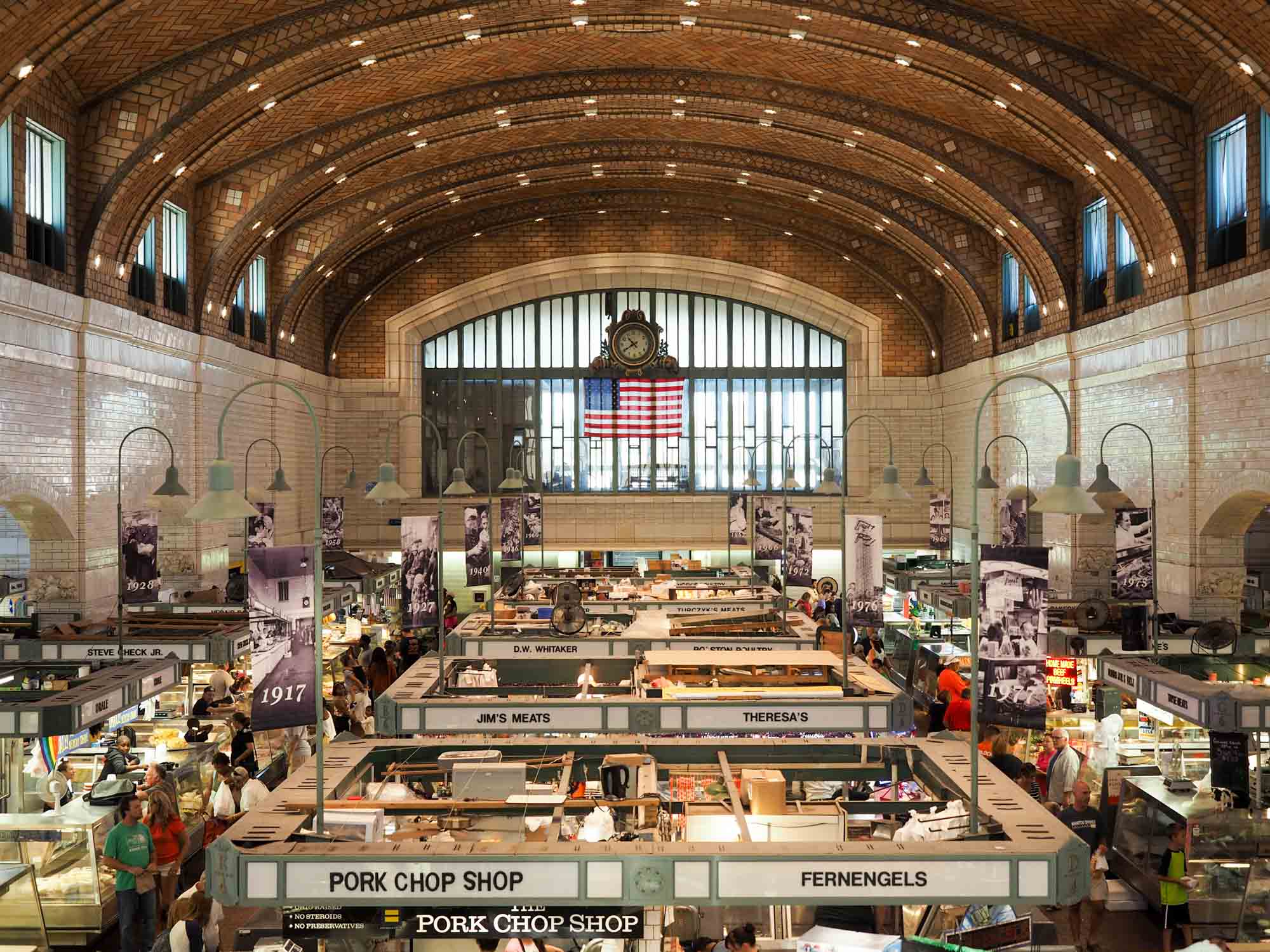 Ask a Clevelander about the must-see spots that an out-of-towner should visit in the city, and chances are they’re going to mention the West Side Market.

Note: This post contains affiliate links, meaning if you book/purchase something through this site, I may receive a small commission at no extra cost to you.

I go to the West Side Market every time I find myself in Ohio City, but recently decided to learn even more about the market’s history and best bites by going on a West Side Market food tour with Taste Cleveland Food Tours.

I mentioned that the West Side Market is a staple in Ohio City – and, in fact, it was a fixture in this neighborhood before Ohio City was even part of Cleveland, and before the current market building even existed.

The current West Side Market building was designed by local architects W. Dominick Benes and Benjamin Hubbell, and opened to the public in 1912. The building is recognizable by its 137-foot-tall clock tower – along with its clock that hasn’t worked for decades.

And it’s true that West Side Market looks much as it did when it opened. The building has its original vaulted Guastavino tile ceiling (you’ll find almost the exact same one at Grand Central in New York City), as well as its original elevators and large livestock scale – many meat vendors still do their butchering right downstairs.

The building still has tiled signs pointing to the “Comfort Station,” too, which today is where you’ll find restrooms. When the market first opened, though, this was where the public baths and laundry facilities were located.

The market has always been a bit of a melting pot; Cleveland has always had a large immigrant population, which is why you’ll find so many different cultures and food types represented at West Side Market today.

At West Side Market, you can find everything from pierogi to falafel to fresh pasta to Scotch eggs to mochi. If there’s a type of food you’re craving, chances are you’ll find it here.

The tour begins across the street at Market Square, which is where the old Pearl Street Market used to be located. There, your guide will tell you a little bit about the West Side Market’s history, weaving in a bit of Cleveland history, too.

Then, you spend the next hour and a half eating your way through the market.

What I love most about the West Side Market is that there’s a mix of fresh meat, cheese, and produce, but also plenty of prepared foods – so you can both eat lunch on the spot AND shop for dinner ingredients.

I won’t give away everything about this food tour, but some of the things we tried included:

We even stopped at Maha’s Falafel, one of my favorite vendors at West Side Market. They make more than 150 pounds of fresh falafel here every week, and we tried some hot out of the fryer with tahini sauce – even the kids in our group liked it.

In all, we stopped at a dozen different vendors, and had almost 20 different tastings – more than enough to fill us all up for lunch!

We went up to the second-floor observation walkway, too, where several people were taking their daily lunch break. West Side Market isn’t a touristy spot by any means; locals still use it regularly for shopping and eating, meaning any visit gives you a unique look into Cleveland as it is right now.

If you’re interested in getting a more in-depth understanding of the West Side Market (and trying some food you might otherwise pass by), then this food tour is definitely something you should look into.

How much: Tickets are $42 per person; you get more than enough food for lunch

Do you have favorite vendors at West Side Market? Have you ever considered doing a food tour there?