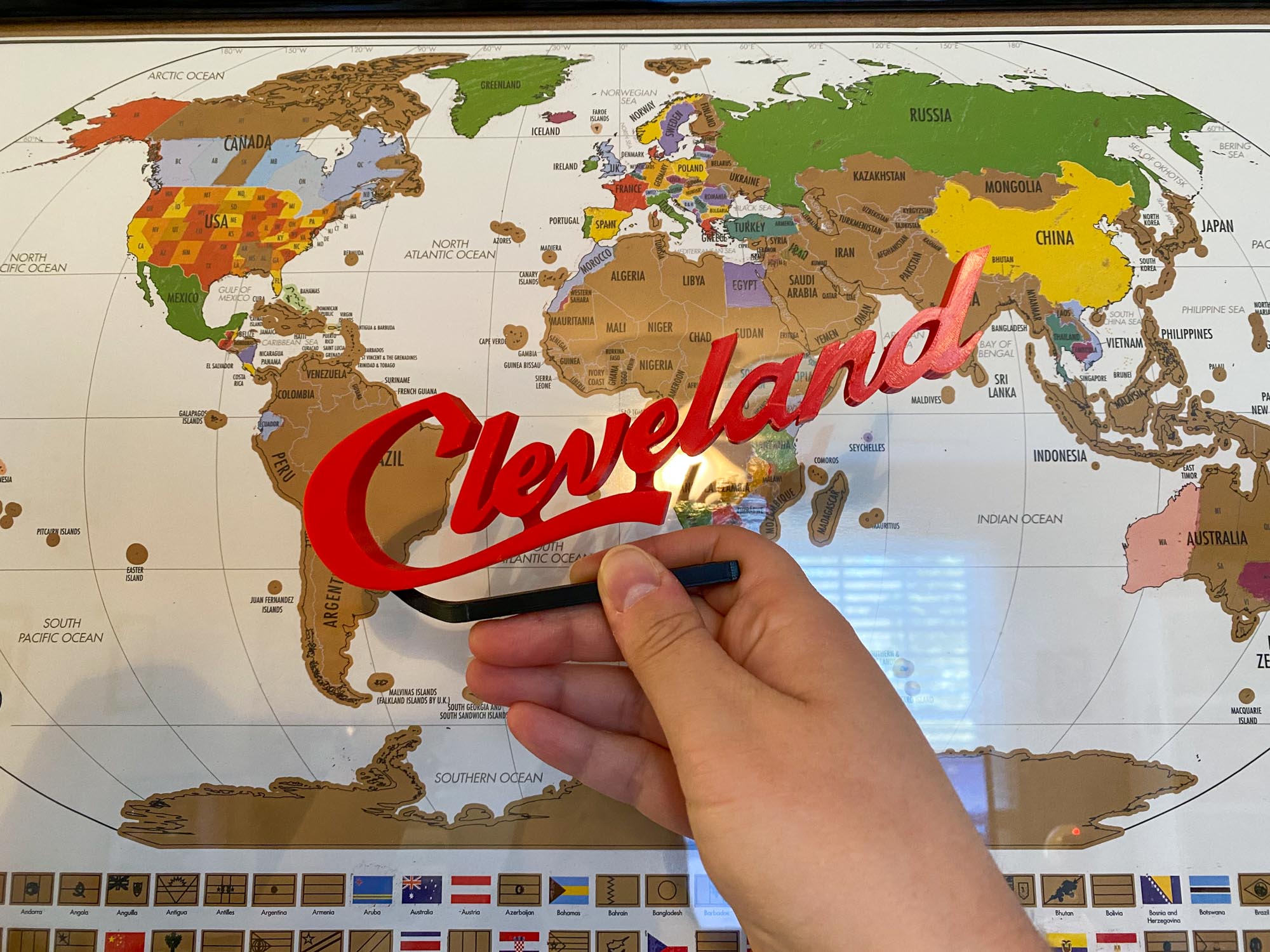 I’m not sure about you, but I love wandering around Cleveland Hopkins International Airport. Smelling Auntie Anne’s pretzels, grabbing a pint of Great Lakes beer, and spotting all the little bits of art dotted across the place always make me feel content.

But the best part about being at Cleveland Hopkins is knowing that I’ll soon be off on an adventure somewhere around the globe.

However, you don’t have to leave to feel like you’re on an adventure and traveling in Cleveland!

From international festivals to incredible restaurants, we have a list of the best ways to get international in Cleveland and feel like you’re trotting across the globe… without stepping foot on a plane.

5 ways you can “travel” in Cleveland

When you ask people what they like best about traveling abroad, inevitably many will mention all the great food you can find in other countries. Food is such a huge part of travel! But, lucky for us here in Cleveland, we can find great international food without going very far at all.

I always feel like the food scene in Cleveland is very much underrated. There are so many great spots across the city and a lot of diverse cuisines! If you’re craving Ethiopian food? There’s a great spot on the East Side. What about Colombian food? There is something for you!

If you want to try some international flavors without leaving northeast Ohio, then here are some fantastic restaurants to try. (Note, though, that these are a very small sampling! We really are spoiled for choice here.)

There are several more fantastic international restaurants in the city to suit whatever you’re craving! Whether you’re searching for a French bistro or a hearty arepa, you can be transported to another place altogether just by getting food.

2. Attend a cultural festival or event

Note: It’s unclear whether some of these festivals will happen in 2021. We’ll share info where we know it!

Cleveland is full of festivals and events throughout the year. So if you can’t travel to a certain dream destination, you can still attend a fun event to experience some of the food, crafts, and culture of other places!

Some of the best local cultural festivals include:

This is Cleveland’s Slovenian Mardi Gras festival that takes place in the St. Clair Superior neighborhood. It is full of festive events and even a parade. You’ll see many people dressed up in traditional costumes, and there’s no shortage of food, drinks, music, and other cultural performances.

This much-celebrated holiday in Cleveland takes place the Monday after Easter each year. It is a Polish festival that marks the end of Lent, and takes place in Gordon Square. There is polka music, drinks, and a lot of Polish food.

In 2019, over 45,000 people participated in Dyngus Day and many bars and restaurants across the city also partake in the event.

This is the largest classical Indian music festival outside of India! It takes place at Cleveland State University. The 12-day festival attracts over 8,000 people each year and takes place in April. There are both music and dance competitions plus workshops.

Also in April, get cultured at the Cleveland International Film Festival. With films playing from around the world, you’ll be immersed in another place during this festival. This year it is taking place online from April 7-20.

In May in AsiaTown (during Asian Pacific American Heritage Month), this festival takes place to highlight AsiaTown and its diversity as well as Asian culture in Northeast Ohio.

Celebrate the Irish Festival in July at the Berea Fairgrounds with live music, Irish dance, pipe bands, food, and more. Plus they have a Temple Bar & Museum with over 200 exhibits.

Enjoy incredible Greek cuisine and learn about Greek heritage in Cleveland at the Greek Festival that takes place each August at Sts Constantine and Helen Greek Orthodox Cathedral in Cleveland Heights.

There is also another Greek Festival that takes place in Tremont around Memorial Day weekend and has great Greek entertainment and food.

This series of events takes place over the summer each year in AsiaTown. It is named for the iconic night markets around Asia. There are a lot of live performances, karaoke, several food and craft stalls, and more!

Night Market is a fun evening activity to participate in during the summertime in Cleveland. In 2019, over 60,000 people attended the night market!

This festival takes place in Tremont at St. John’s Cantius Church. It usually occurs on Labor Day weekend, and you can expect great Polish food and beer, plus polka dancing, games, and Cytrynowka (a Polish lemon liquor).

Labor Day weekend at the Cuyahoga County Fairgrounds is rowdy to say the least for Cleveland’s Oktoberfest. This epic event features a lot of live music, German food and beer, weiner dog races, and endless entertainment.

If you can’t make it to Munich for the original Oktoberfest, Cleveland is a pretty great alternative.

Typically in October, the Something Russian Festival takes place at St. Nicholas Orthodox Church in Mogadore. There is Russian food, music, dancing, and art.

This year, however, they are celebrating virtually with the first Tuesday of the month featuring a favorite Russian dish available to order.

3. Visit an international museum in Cleveland

You don’t have to travel far around Cleveland to find some interesting museums with cultural offerings. Aside from the Cleveland Museum of Art, take in some culture at these museums:

Learn all about the Cleveland-Style Polka stars with various photographs, memorabilia, famous accordions, and music exhibits.

Learn about Hungarian immigration to the US as well as traditions and festivals. Exhibits include many costumes, instruments, photographs, and other artifacts.

The Cleveland Cultural Gardens are one of our favorite hidden gems in Cleveland. These are 33 lovely gardens you can see as you walk or drive along Martin Luther King Boulevard and East Boulevard in Rockefeller Park. Each one is designed and maintained by a local cultural organization.

These gardens tell the story of the area’s immigrants and promote “peace through mutual understanding.”

I highly recommend wandering around all of them, though a few must-sees include the Italian, Hebrew, Greek, German, Hungarian, and Lithiuanian gardens. Check out more information on visiting the gardens in this complete guide!

5. Shop at ethnic markets around the city

Shopping at the Asian Town Center

Asian Town Center in AsiaTown has so much to offer. You can shop for trinkets, clothes, kitchen supplies, Chinese herbs and teas, and find a great bite to eat!

If you want to try something new or are making a new recipe with various ingredients from around the world, there are a lot of diverse markets across the city to help you find what you’re looking for! Here are a few:

As exciting as it is to watch yourself ascend above the clouds as you leave Cleveland Hopkins International Airport to go to a faraway locale, there is plenty to do right here in Cleveland to quench your wanderlust, too!

Hopefully this post has given you some ideas about how you can “travel” right here in Cleveland.