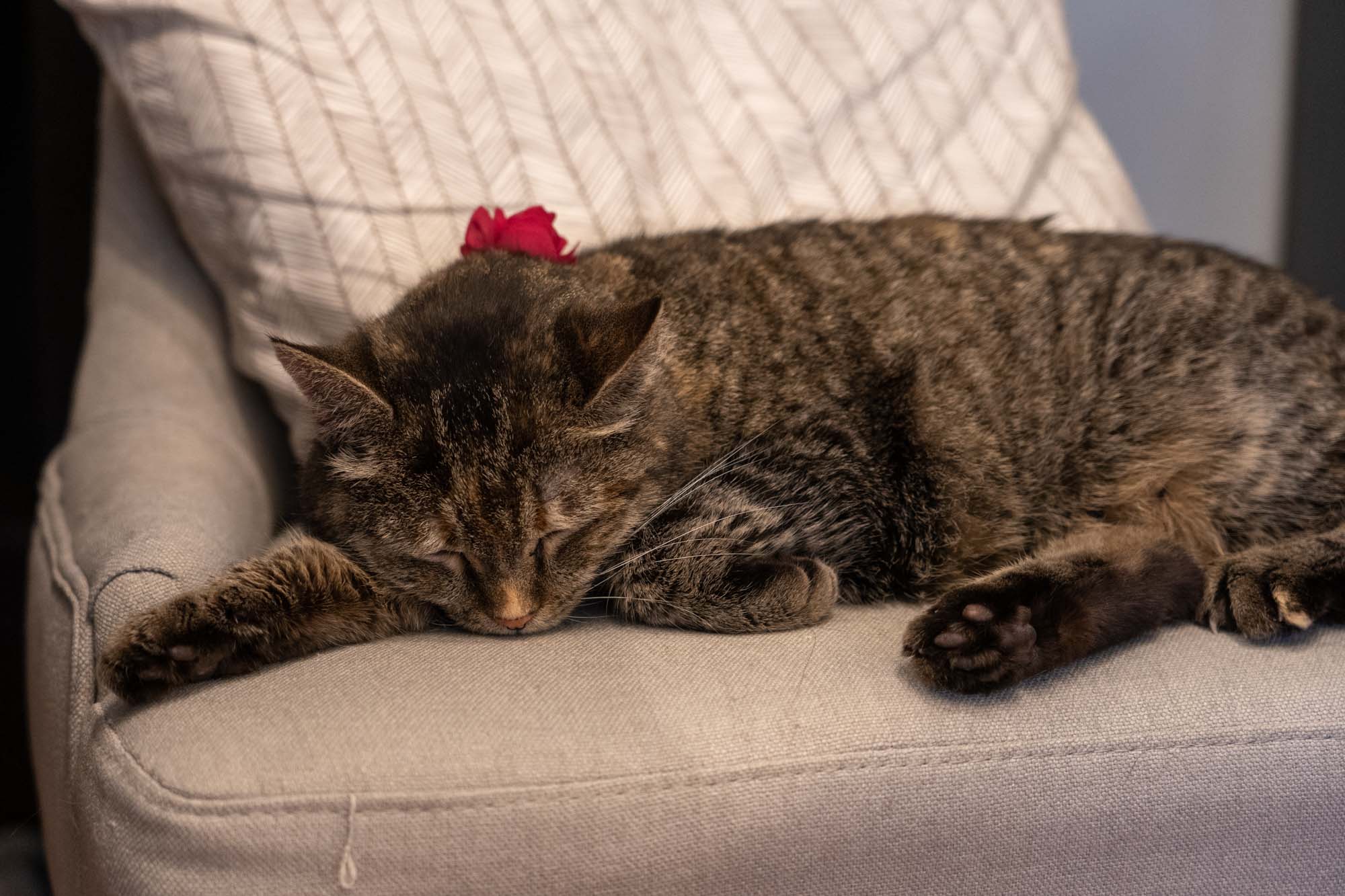 What could be better than a cafe in a cool neighborhood that offers great coffee and cozy corners to lounge in?

How about that same cafe with CATS?

The cat cafe concept may be new to Cleveland, but cafes where you can sip hot drinks alongside cuddly kitties have been around for more than 20 years.

The world’s very first cat cafe was Cat Flower Garden, which opened in Taipei, Taiwan, in 1998. The cat cafe concept spread to Japan (where there are now a ton of animal-themed cafes), and eventually to the rest of the world. In cities where many residents live in apartments that don’t allow pets, cat cafes were instantly popular.

The cat cafe concept has changed a bit as it’s made its way to North America (here, most cat cafes bring in shelter cats that are adoptable as opposed to having only “resident” kitties), but the main theme is the same: a cafe where you can sip coffee and play with cats.

And before you roll your eyes at the idea, cat cafes are becoming increasingly popular outside of Asia; in the US alone, there are currently more than 60 cat cafes!

I’ve been to a handful of cat cafes all around the world (I’ve even had afternoon tea with kitties!), and was VERY excited to see one open up in Cleveland.

Founders, Mandy, Eduardo, and Lea, did some researching into cat cafes before starting affoGATO. They visited other cat cafes around the US, and made notes on what they liked and didn’t like.

What they eventually settled on is the perfect combination of coffee, lounge space, and adoptable cats, located in Cleveland’s Tremont neighborhood.

According to its website, affoGATO’s mission is “to improve our city by creating a safe, comfortable haven for adoptable cats, cultivating a fun and inclusive space for cat-lovers to work and play, and teaming up with other local businesses and artists for the betterment of the community as a whole.”

They’ve teamed up with the Cleveland Animal Protective League for all their adoptable cats; Rising Star Coffee for a special blend unique to affoGATO; and Farkas Pastry Shoppe for yummy baked goods.

The first thing you’ll notice when you walk into affoGATO is that this cafe is all cats, all the time. Along with cat-themed merchandise and artwork, affoGATO’s menu is filled with cat puns (my personal favorite is the “Cafe Au Lay-on-your-keyboard).

It’s fitting; the cafe’s name itself is a play on words. An affogato is an Italian coffee-and-ice-cream treat, and gato is the Spanish word for cat.

Located in the spot Lilly Handmade Chocolates used to occupy on Starkweather Ave. in Tremont (don’t worry, Lilly just moved to Old Brooklyn), affoGATO is split up into two separate areas: the cafe and the cat lounge.

Because of health codes (and, you know, not wanting cat hair in your latte), food prep is done in a separate area area from where the kitties live. This is great, because it means you can pop in for coffee or a snack with a view of the resident cats anytime.

Hanging out in the cat lounge

In order to hang out in the cat lounge at affoGATO, you need to make a reservation.

Reservations are in one-hour increments throughout the day Wednesday through Sunday, and are necessary because the cat lounge can only accommodate 15 people at once. They keep this number low to ensure that everyone – human and feline – has enough space.

It also ensures that everyone can play and snuggle with different cats.

I visited affoGATO on a Thursday afternoon not long after it opened. Because of some great press mentions, the cafe was busy and cat lounge spots were filling up in advance (so, yes, make a reservation online).

I grabbed a latte and a macaron, and waited for my time to head into the cat lounge.

Once inside the lounge, there are a few simple rules. These mostly cover not hurting the cats (don’t feed them, don’t chase them, don’t use a flash if you’re taking photos), and being courteous to other visitors.

The cat lounge at affoGATO is one of the better ones I’ve been in. It’s open and airy, with plenty of comfortable seating for both humans AND felines.

There are round plushy chairs for humans, and all sorts of cat beds and trees for the cats. There’s even a “cat chandelier” that hangs from the center of the room that the cats can lounge on.

And, of course, cat toys are plentiful.

The cats at affoGATO

AffoGATO can house up to 16 cats at a time. The cafe currently has two “resident” cats who call the cat lounge home full-time, while the others are all adoptable from the Cleveland Animal Protective League. (And they’re being adopted pretty regularly!)

Ages of the cats vary; when I was there, there were a handful of 6-month-old kittens, along with several older cats ranging in age from 9 months to 9 years.

A staff member was in the lounge to talk to people about the cats (which ones don’t like to be petted, which ones have favorite toys, etc.), and many of them were super playful when I was there.

The great part about having adoptable cats in a space like affoGATO is that they are free to roam and play instead of being stuck in cages. Cats that are shy in cages or that don’t photograph well for websites get a much better chance of finding forever homes when potential adopters can get to know them in-person.

Not gonna lie: I almost walked out with a second cat.

If you’re interested in adopting, you can do so directly from affoGATO. All the kitties are spayed/neutered and vaccinated, and Cleveland APL fees apply; the cats at affoGATO are all adoptable for $50.

And don’t worry about the cats – they’re being extremely well cared for at affoGATO. Along with lots of places to lounge, they also have their own space in the back they can escape to if they don’t feel like interacting with people or other cats.

What’s next for affoGATO

It’s cool enough to have a cat cafe in Cleveland. But affoGATO wants to offer more than just a cozy place to drink coffee with kitties.

You can buy day passes (for $49) to spend the day in the affoGATO cat lounge. The lounge has free wifi and some cool work stations – though I don’t know how much work I’d be able to get done with so many furry distractions!

Yes, you read that right – AffoGATO is now offering cat yoga classes! The classes are currently happening once a week on Saturdays, and $20 gets you a 1-hour gentle yoga class, followed by half an hour to hang out with the kitties.

The class happens right in the cat lounge, and the cats are very curious about the mats and blocks and humans striking strange poses. When I went, the staff also handed out little bags of cat food to use to entice cats over to your mat – and let’s just say that cats can be very food-motivated animals!

I can’t see what else they’ll come up with!

Thinking of visiting affoGATO? Here’s what you need to know:

Pricing: Hourlong sessions are $10 on weekdays and $12 on weekends; coffee and bakery items are extra

Kids: Kids are allowed as long as they’re accompanied by an adult

READ NEXT: Get Your Caffeine Fix at 14 of the Best Coffee Shops in Cleveland