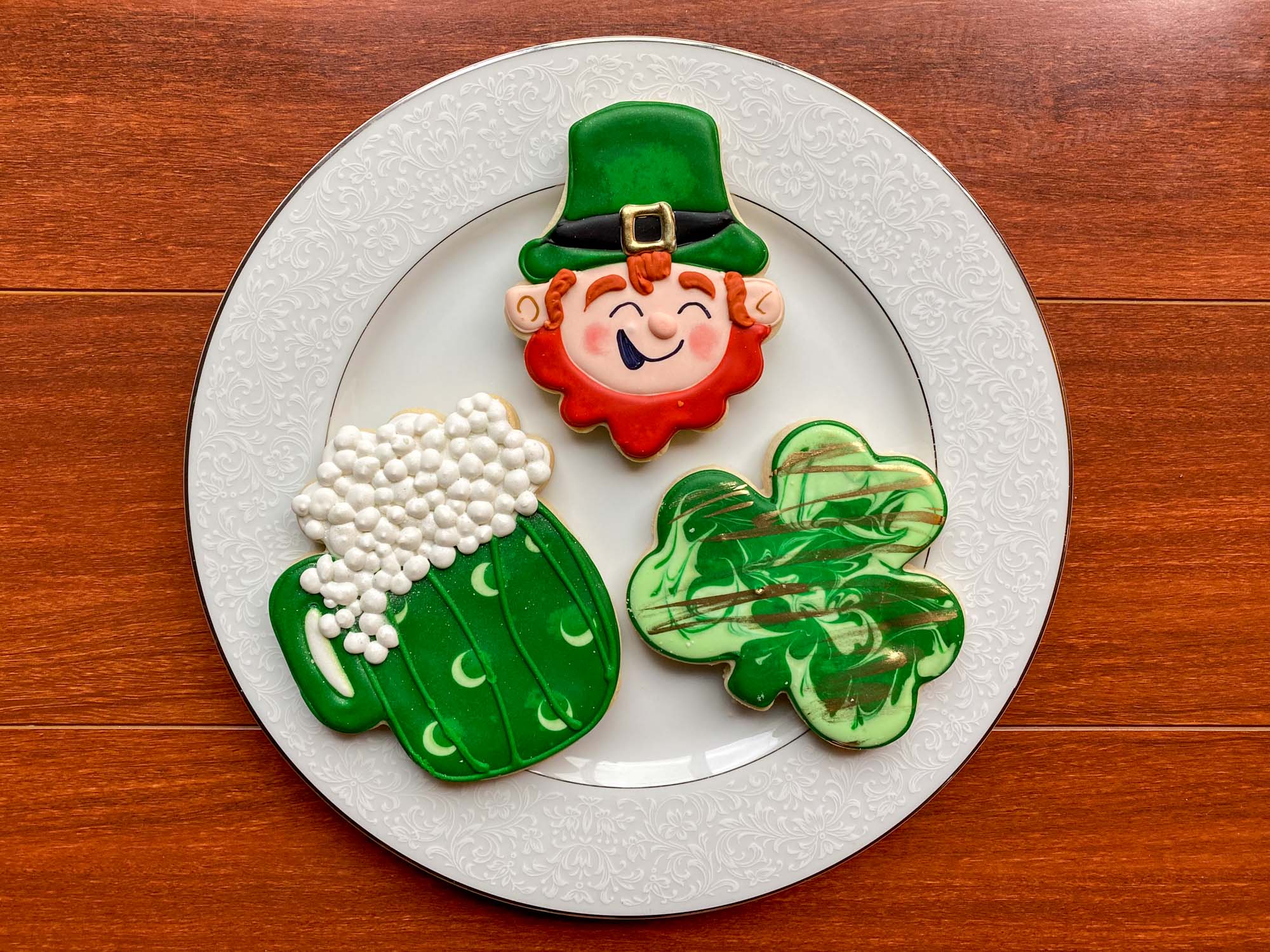 March 17 is fast approaching, and everyone will suddenly be Irish – at least for the day! St. Patrick’s Day in Cleveland is quite the celebration, complete with a parade, Irish pubs full to the brim, live music, and more!

Cleveland certainly has reason to do St. Patrick’s Day big each year: there are over 72,000 people in the area of Irish descent! In fact, as we discussed in our Sister Cities of Cleveland article, County Mayo in Ireland has been a Cleveland Sister City since 2003. Many of the citizens of that county immigrated to the US and eventually settled in Cleveland during the construction of the Erie Canal system.

As a result, Cleveland turns into quite a party each St. Patrick’s Day! To get ready for the celebrations, we’ve got all the details on St. Paddy’s Day in Cleveland.

So grab your beer and say, “Sláinte!”

Everything You Need to Know About St. Patrick’s Day in Cleveland

What is St. Patrick’s Day?

St. Patrick’s Day is an Irish Catholic holiday celebrated on March 17 of each year, which is the anniversary of the death of Saint Patrick, who is said to have possibly passed on March 17, 461 AD.

Saint Patrick is the patron saint of Ireland and its national apostle. He was credited with bringing Christianity to Ireland, and there are several myths and legends surrounding him.

The celebrations started over 1,000 years ago in Ireland. The holiday falls during the Lenten season, and families would go to church in the morning and celebrate in the afternoon.

Celebrations have certainly evolved over the years, with the holiday now more of a celebration of Ireland and all things Irish. Dublin is the most famous location for the festivities in Ireland, where the celebrations usually go on for several days.

However, many US cities have their own extravagant celebrations. New York City has one of the largest St. Patrick’s Day celebrations in the world, and Chicago famously dyes its river green for the holiday.

Cleveland is no exception, as we like to enjoy St. Patrick’s Day here as well!

This is easily the most popular and must-see thing to do in Cleveland during St. Patrick’s Day! The St. Paddy’s Day Parade brings in upwards of a half million people and was started in 1867. There are plenty of floats and live music, and loads of people enjoying the festivities.

Be sure to check for road closures ahead of time as these streets and surrounding areas will be blocked off.

This is a fantastic way to kick off the celebrations with a half million of your closest friends!

Where to Eat and Drink on St. Patrick’s Day in Cleveland

After (or perhaps before) the parade is through, you’re going to want to celebrate the Irish way with a lot of great food and drinks! So for tasty beer and Irish-American fare, this is where you want to eat and drink during St. Patrick’s Day in Cleveland.

Many of these spots open early and will have live Irish music on St. Patrick’s Day each year, too!

Established in 1910, the Flat Iron Cafe is the oldest Irish pub in Cleveland. It has live Irish music playing during St. Patrick’s Day, and even serves up kegs and eggs starting at 7 a.m. They also offer free shuttle rides to the parade and a pipe and drum band performs here after the parade!

Grab a pint of Guinness or an Irish whiskey and have some corned beef at this traditional Irish pub in downtown Cleveland. Flannery’s usually has live music and it gets very busy after the parade here. This large pub is a great spot to feel like you’ve transported yourself to Temple Bar in Dublin.

This sports bar, located on popular W 25th street in Ohio City, is always the place to go for watching soccer games! But, during St. Patrick’s Day, it’ll get a bit rowdier as parade-goers or those starting their celebrations will come to the Old Angle Tavern for live music, a fresh pint of Irish beer or cider, and perhaps some lamb stew or shepherd’s pie.

With live music including a bagpiper and pipe and drum band, toasted corned beef sandwiches, and a great variety of beer, if you want to celebrate St. Patrick’s Day a bit further from the busy downtown area, this is a great spot to go! Plus, Gormley’s usually opens their doors around 6 a.m. on St. Patrick’s Day so you can celebrate early!

Aside from this bar having one of the best patios in Cleveland, this Irish pub serves up a solid list of Irish beer including Guinness, Harp, and Smithwicks. Plus, you can mix it up with their mixed draughts like a Black and Tan (Bass Ale and Guinness).

On St. Patrick’s Day itself, expect quite a few party-goers hanging out and enjoying the live Irish music at The Harp, as well as lots of corned beef sandwiches and shepherd’s pies.

Slyman’s is famous for its delicious and ginormous corned beef sandwiches, and is a perfect choice to soak up any beer from St. Patrick’s Day celebrations! Enjoy their roast beef, corned beef, or pastrami on a sandwich or have it for breakfast with eggs and homefries.

This place is buzzing all day during St. Patrick’s Day and serves over 1,000 pounds of corned beef!

Serving up craft beer, Irish whiskey, and Irish beer and cider, Parnell’s Irish Pub in downtown Cleveland is a great spot to wander into before or after the St. Patrick’s Day Parade. They open their doors bright and early to celebrate the day!

Voted the #1 Irish Pub in Ohio by Delish, PJ McIntyre’s is a fantastic spot to celebrate St. Patrick’s Day in Cleveland!

This place serves up a warm Irish welcome on St. Patrick’s Day with signs in gaelic and friendly crowds. They even nail the smell of an Irish pub by burning turf like many traditional pubs do in Ireland.

Enjoy the tasty Irish food including a full Irish breakfast and partake in the day’s events here including a Lucky Charms eating contest as well as live Irish music, bagpipers, and dancing.

While not an Irish pub by any means, this place still throws it down on St. Patrick’s Day! Starting with kegs and eggs in the morning before the parade, they also serve up corned beef hash and bangers and mash throughout the day.

Plus, they’ve got all the live music and liters of beer to keep the celebration going all day and into the night.

While not known as being an Irish pub, Great Lakes certainly gives off those vibes at the main bar area! Plus, they always make a big deal out of St. Patrick’s Day as well with live music, the Fatty Wagon bus transporting people to and from downtown for the parade, food specials, and plenty of Irish-inspired beer like Conway’s Irish Ale and Wolfhound Stout.

After a couple year hiatus, the St. Patrick’s Day 5K run is back this year in Cleveland! It’s taking place on March 19 in 2022. The race begins in the Warehouse District, crosses over the Detroit-Superior Bridge, and ends in Ohio City.

This is always a fun race, with people dressed up in costumes – and of course tons of green!

What to Wear for St. Patrick’s Day

Green, of course! Almost everyone gets dressed up for St. Patrick’s Day in Cleveland, with green shirts or pants, decorative hats, or other accessories. Local clothing brands like Cleveland Clothing Co. also always sell Cleveland-inspired gear for the holiday, too.

Which thing would you most like to do on St. Patrick’s Day?